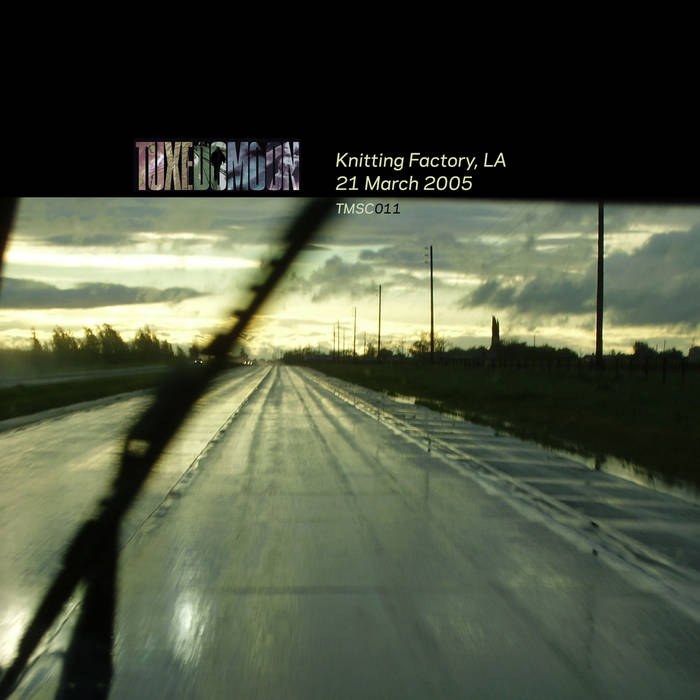 In 2005, Tuxedomoon returned to San Francisco to see what effect a return to a place so charged with memories would have on our creative process. Some of those results can be heard on the album called “Bardo Hotel”. While there, we played several shows, a couple in San Francisco, one in Mexico City, and one at the now defunct Los Angeles franchise of New York’s Knitting Factory. We also played the New York Knitting Factory on this trip.

I am sure the show was good, as these recordings will attest, though the memory of it fades. As usual on tour, only a small fraction of the time spent is spent onstage. The great bulk of time is spent in getting there. I had not been to California for more than 20 years, so a road trip from San Francisco to L.A., through the very heart of the California dream was bound to be fraught and emotionally charged for me. One thing that struck me was how difficult it had become to find anything to eat in America. Unlike touring in Europe, where one can leave the autostrada, route, bahn to find a ‘real restaurant’, no such option exists in modern America. It is all MacDonald’s, Jack in the Box, Taco Bell and etc. the most restaurant-like option is something like Applebee’s, no restaurant at all.

I also remember the sunny vacancy that is Los Angeles. As is often said, “there is no there there”. I walked down the empty sidewalk from our motel to find a supermarket/junk shop, selling groceries and second-hand promotional t-shirts from Hollywood flops. Across the street was a decayed strip mall with a café that seemed to be lifted from an actual street somewhere where slumming Hollywood types sat tossing phrases like “green-lit project” and “3 mil second unit budget” around over coffee.

The venue itself was in one such non-location, tucked away in a kind of sub-mall and office space somewhere behind the Chinese Theatre with its concrete handprints and all. After the show, I made the acquaintance of “Sir Wildman, the Mystic Seer” who told me all about his media contacts and whose name I include only because it is so pertinent.

The return trip to San Francisco was through California’s agricultural interior, the “Inland Empire”, which I had not really seen before. The windshield shot which adorns this release evokes the vacant poetry of this country.

And then, we all went home, each to his separate corner of the world, me back to that ancient crone, Mother Europe, which nurtures and harries me still.