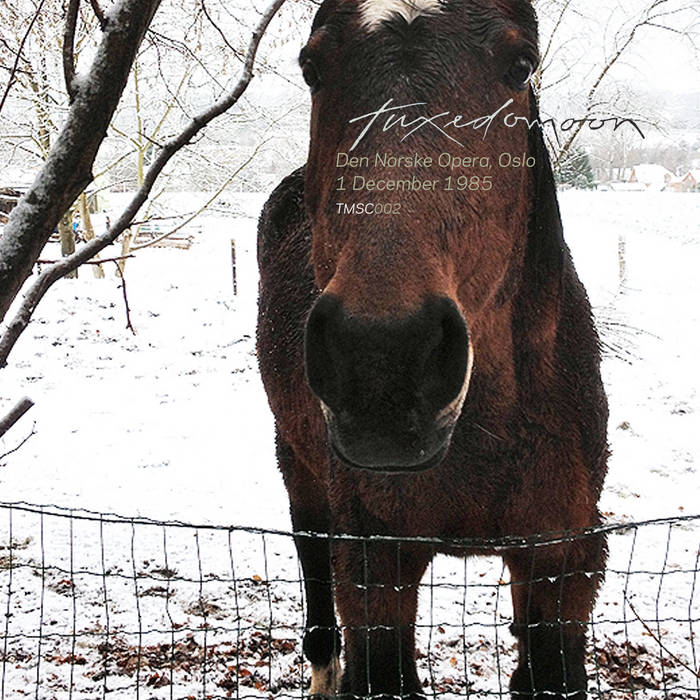 analogcre8or I was... THERE! Favorite track: The Waltz.

nichobob One of the pillars in my musical life....

A concert attended by King Olav V of Norway.

"On December 1st, 1985, Tuxedomoon gigged at the Opera House in Oslo, Norway. It was the first time in the history of this venerable institution that it was used for purposes other than opera and classical music. The genesis of this event was of a kind often seen in Tuxedomoon’s history, as it rested entirely on the crazy initiative of a fan, Casper Evensen.
One day 23-year old Evensen decided that it was time to introduce “serious” music audiences to more contemporary forms of artistic expression: “It is important to draw the so- called "serious" part of the music audience to what happens in contemporary music and present it in an accurate form. Tuxedomoon is used to play opera houses, theaters, museums and the like. They prefer that the audience might be given the opportunity to sit undisturbed, listen and rest their eyes and ears against what occurs on stage.”
So Evensen simply borrowed $15,000 from the bank and for two months worked day and night to get the thing organized. The response from the audience was fantastic as all the tickets were sold in just a few hours, with the consequence that a second gig was rapidly organized on the same day in the afternoon. Both were sold out.
However Evensen’s intention to have a “serious” audience coming at a Tuxedomoon concert was a bit at odds with the band’s own intention to disintellectualize “serious” music and bring it to “popular” audiences. As Steven Brown recollected in an interview with the Norwegian press: “It was music that moved us and we saw no reason that it should remain inside the narrow limits set by a sterile intellectual milieu who listened to it (...) We could have continued to play our music in art galleries and Universities till we would have gotten old and grey. We (...) took our eccentricities to the nightclubs and the bars, that had been the domain of blues, boogie and heavy rock. The spirit of the time was that it was possible to renew these places (...).”
Consequently what happened was that instead of having a “serious” audience coming to see Tuxedomoon, it actually was a rock audience that for the first time throdded the Opera House’s distinguished floors, a fact that was commented on by the local press:
‘Similar tunes had never been heard before in Den Norske Opera, writes Yngve Ekern. When the American/Belgian rock avant-gardists Tuxedomoon took the stage yesterday, it was with a form of music that was as unusual in the Opera as the rock audience that showed up.’ ‘You sense Kurt Weill, French chansons, German electropop, English academy jazz, comments Tore Neset. All in all, almost everything they produce is outside the English and American standard rock. No wonder that they live in exile and thrive on it.’"

(Extract from Isabelle Corbisier's Tuxedomoon biography, "Music for Vagabonds", 2008; used by permission of the author)