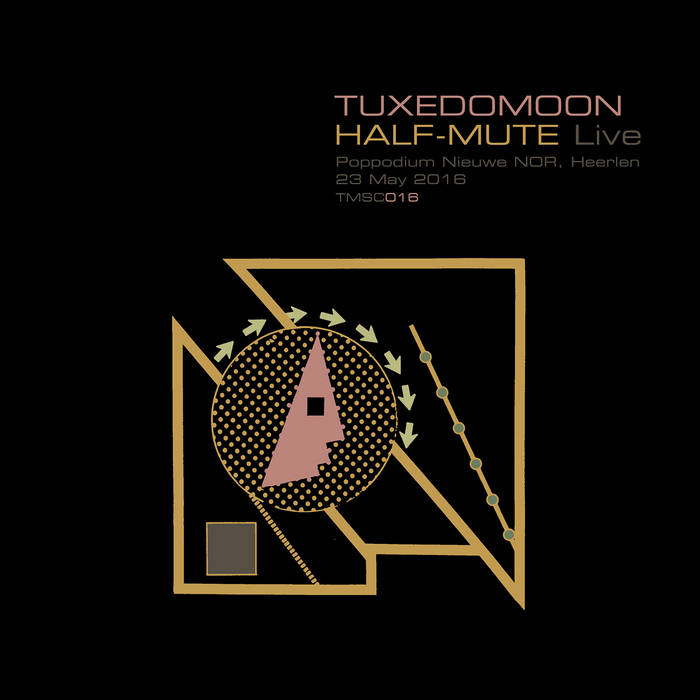 Tuxedomoon’s 2016 tour was unique on many levels. Bruce Geduldig had passed away three months earlier, and the elegiac mood is somehow palpable. New visuals recruit David Haneke stepped in, at Bruce’s recommendation, once it had become clear he could not join due to his ailing health… This marked a tangible change in stage dynamics, as Bruce’s proverbially chaotic and performative energy was replaced by a rigorous calibration of the live element. David proved to be the absolute right choice: the band came across as solemn, almost totemic, austere presences against the precise visuals.

The tour was also unique in that for the first time Tuxedomoon performed an album in its entirety: Half-Mute, a release that still breathes distillation and drive, melancholy and restraint. Forty years later, Half-Mute is still prophetic, still signalling a universe of its own. However, this live re-visitation proposes a challenge, a tightrope walk: it is a faithful rendition that simultaneously avoids the traps of mimesis, instead reinventing the original by adding Luc van Lieshout’s “surgical” trumpet, proposing new arrangements (have a listen to “James Whale”!), and overall wearing the wisdom of this later stage as an added asset over the repertoire, rather than self-karaoke, as may be the case elsewhere when bands revisit their past. All of these ingredients seemed to work to damn near perfection on a particularly inspired gig in Heerlen, the Netherlands.

Unbeknownst to all present, this tour was sadly the last opportunity to marvel at Peter Principle’s iconic bass playing, an essential ingredient in the band’s sound and dynamics throughout the decades: Peter would pass away unexpectedly one year later at the very beginning of a second segment of the Half-Mute tour, after a single gig in Poland.

For all of this, the present recording is definitely worth a dedicated listen; but it would be unfair to vouch for it solely on the basis of context and History. Half-Mute Live 2016 stands on its own: both the performances and the sound mix are flawless, and the audience is as attentive as it gets. It is one of those occasions where all converges and falls into place. And truth be told, it is nothing short of remarkable that Tuxedomoon managed to emerge from all of their tortuous History as a collective, to elevate their 1980 masterpiece even further.

When we arrived in town we couldn’t find the venue. And part of the reason was the venue we had known years prior had morphed into a hi-tech hi-rise with the actual concert hall on the 5th floor or so. The old venue had been an old theater and apparently still exists in town; this was the new Holland: bricks and glass and steel and clean - a bit hermetic for my tastes - but very good sound as this recording attests. And a  packed house high above the town. Sort of Japanese style where venues are included in multi-story department stores. Our friends from the Illuseum were in attendance, and in the dressing room there was a phone booth-like glass enclosure with hard to open air sealed door. It was here one could smoke... tabacco......

Cover design by Heitor Alvelos, based on a poster illustration by
Patrick Rocques, 1978