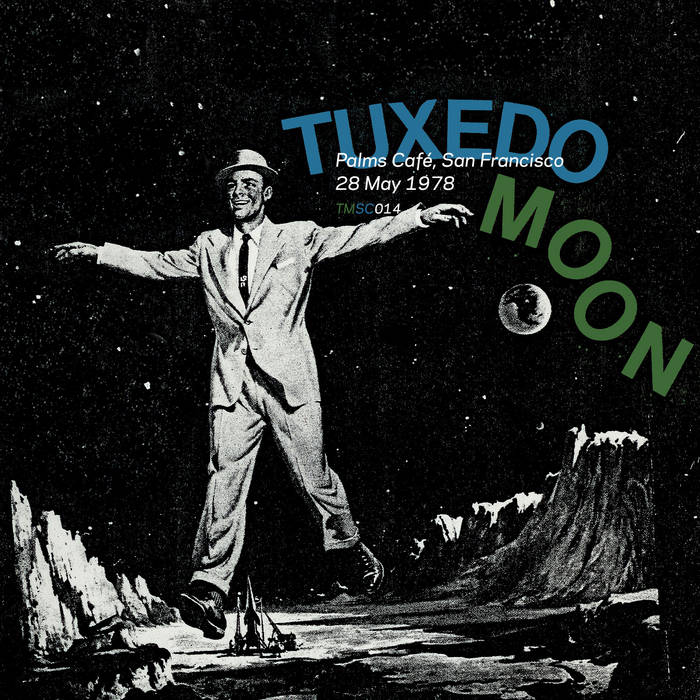 nf_orange The humour in it is worth alot. Favorite track: Pollo X.

The Palms Cafe, located in San Francisco near the corner of Polk and Pine streets had been a cultural hotspot for many years when Tuxedomoon played there in 1978. Polk Street, known as “Polk Gulch” had been the center of nascent gay and alternative life for years prior to the ascendance of the Castro district in the 1970’s. Further down Polk Street lay the “Tenderloin” district, a hub of sleazy sex and drugs and home to the early transgender and drag scene.  Perhaps as a result, The Palms had long hosted alternative music shows dating back to its early sponsorship of The Tubes and their brand of theatrical post modernist proto punk. In many ways, Polk Street was probably more the spiritual home of Tuxedomoon than the punk scene of North Beach, and indeed, Blaine Reininger had lived on Polk Street at the time Tuxedomoon was founded, just across the street from the New Bell Saloon, with its Sunday all drag queen Dixieland band.

Present here is the early lineup of the band, Steven Brown on vocals, polymoog, clarinet and soprano saxophone, Blaine Reininger on guitar, violin and vocals, Winston Tong and Victoria Lowe on vocals.

This set shows the band in its original phase, performing with pre-recorded backup tracks, assisted in this endeavor by Tommy Tadlock, their producer and tech guru.

The poster for the show featured Tuxedomoon’s mascot at the time, a man floating on the moon found in a 50s magazine from an ad for Florsheim shoes. “Like a walk on the moon.”   Friend of the band Leslie Ward had made life size airbrush cutouts of him which were hung onstage in the early Mabuhay shows.
This show was particularly memorable to Reininger in that Naomi Ruth Eisenberg, violinist and backup singer for Dan Hicks and the Hot Licks tried to pick him up.


I was surprised and impressed (and a little nervous) when Blaine arranged a date in the Palms Cafe. It was indeed located in one of San Francisco’s gay epicenters and would seem to be a natural for TM which at the time was 75% gay. (Although we dont like labels).
And even in San Francisco the punk scene touted a certain amount of anti gay posturing. The Palms was as pretentious as anyplace with potted palms should be, and was the antithesis to the grungy Mabuhay. For that reason an act featuring an actress, an actor, a reel to reel tape recorder and 2 musicians onstage was less out of place.

If memory serves, it was at one of the Palms gigs that a spy from the House of Ralph came to check us out leading eventually to a record deal and our first 2 albums Half Mute and Desire.
As to what happened to Winston’s vocals on Night and Day, we will probably never know.

Recorded live at The Palms Café, San Francisco
28 May 1978